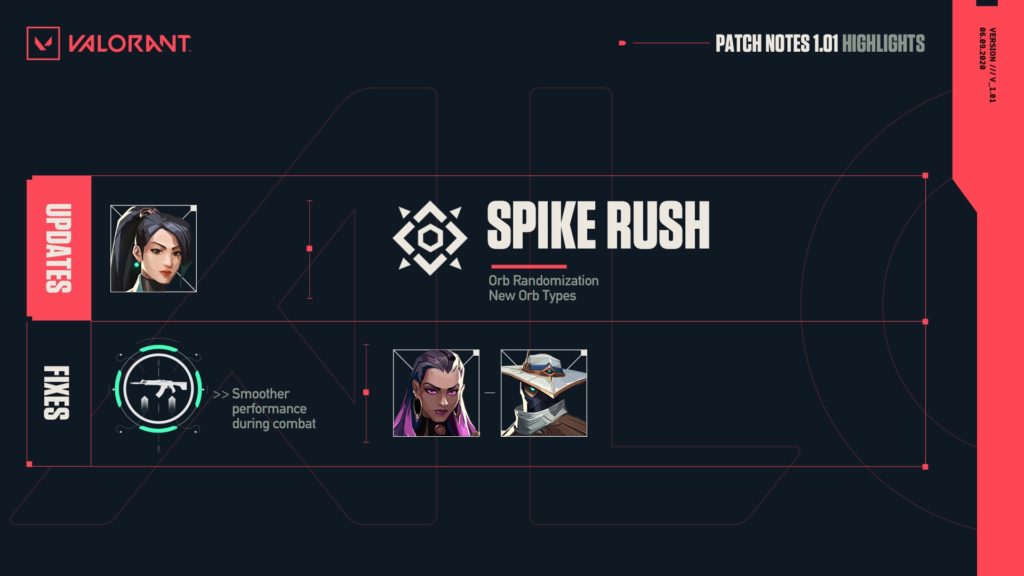 In Patch 1.01 came another Sage nerf, reducing the cast range of her wall by 10 meters. 20 meters before, now 10 meters. In conclusion Sage might not be a must pick for any team anymore.

For Spike Rush they added the golden gun and new Orbs. They also finally removed the crippling decay orb. The golden gun is a gun that always oneshots and is always 100% accurate. Therefore making it a highly contestet objectiv and a fun gun to use. In conclusion these changes should make Spike Rush more enyojable.

For the full patch notes visit the official PlayValorant Page 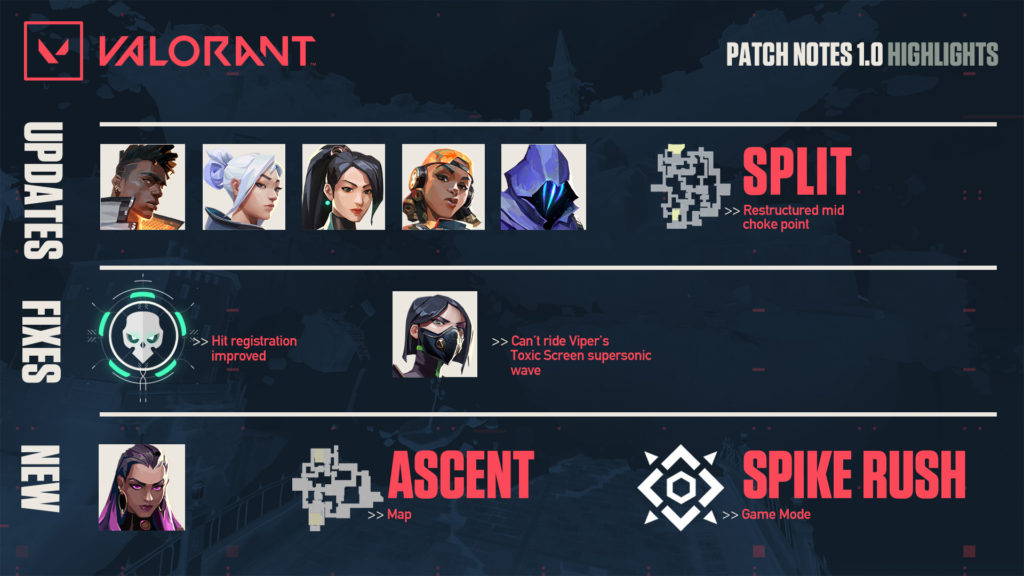 Updating from the beta Riot nerfed Sages heal increasing the cooldown by 15 seconds (30 seconds to 45 seconds). In addiction they decreased the wall health by 20 and the duration by 10 seconds. This is a heavy nerf to Sage, however it will not change the fact that having a Sage on your team is a must have. In conclusion she will remain in S tier even after the nerf.

Raze nerf includes decreasing the damage radius of her blastpack form 2 to 1 meter. The nerf shouldn’t affect her too much as most Raze players already used the skill mostly for mobility and not for damage. In short Raze should stay in a similar spot as before.

The smoke placment mechanic were reworked making it easier to get good smokes down. Paranoia now has a hitbox on the map making it easier to aim for the Omen. Likewise shrouded step also gets a map indicator to allow him to see where he is going while inside a smoke. His Ult can now also be cancled if he so chooses. As a result it can be an actually good scouting tool and hard to punish by the enemy team. To sum up Omen will defently be played more and might even replace Brimstone as the main smoker on some maps.

Firstly the duration of Jetts smokes increased from 4 to 7 seconds. Secondly her dash now also breaks Cyphers tripwires. This makes her an even better entry especially against Cypher which could be hard before the change. In conclusion she will now be a decent Agent to pick and an even better Operator user.

For the full patch notes visit the official PlayValorant Page